Introducing you to .... Axel Howerton 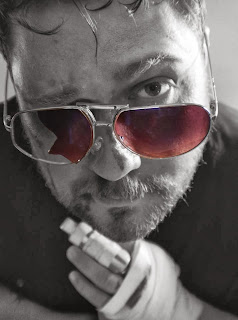 Today at LBPH we are combining our Introducing You To... blog series (in which we introduce you to our awesome anthology contributors) with a #CoffinHop 2013 blog post. It is our great pleasure and privilege to share the work of Axel Howerton (A Godfather of the Coffin Hop).

As well as introducing you to Axel and his work, there is a copy of the Coffin Hop 2013 anthology: Death by Drive In, up for grabs at the bottom of the post.

Axel has contributed two of his gorgeous poems, 'Ghosts' & 'Cold Sunrise' to the Dark Heart Volume I anthology, and this is a little more about him.

Axel Howerton is the author of the darkly comic bestselling hardboiled/noir "detective" novel Hot Sinatra, and the zombie novella Living Dead at Zigfreidt & Roy. His stories have recently appeared in Fires on the Plain, Steampunk Originals, A Career Guide To Your Job In Hell, Clones Fairies and Monsters in the Closet and the bestselling holiday anthology Let It Snow: Season’s Readings For A Super-Cool Yule.


Axel is a member of the Crime Writers of Canada and the co-creator of the annual Coffin Hop author extravaganza. He lives in the untamed prairies with his two brilliant young sons and a wife who is way out of his league.

Moss cole is a private detective, the kind you thought only existed in old movies and afternoon reruns. He's smart, talented, sometimes even charming. You'd think he could find a better gig tha
n carrying on his grandfather's legacy as a 'Private Dick'. Cole is out of money, out of ideas, and out of his league. That's why he's stuck looking for a stolen Sinatra record ... a record that may just be a figment of an old man's imagination. Of course, if that were true, Moss wouldn't have so many people busting down his door.

GET YOUR HANDS ON A COPY 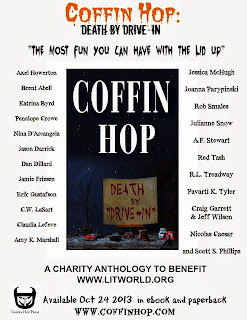 Axel and the Coffin Hop crew have kindly donated an e-book copy of the official Coffin Hop 2013 Anthology: Death by Drive In

To get your hands on a copy all you have to do is,